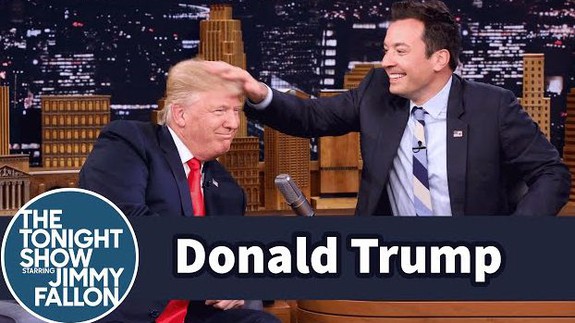 After his notorious interview with Donald Trump on the election trail, Jimmy Fallon kept silent.

Now, over 100 days into Trump’s presidency, Fallon spoke with The New York Times about that infamous bout of hair-tousling.

“I didn’t talk about it, and I should have talked about it,” he said. “I regret that.”

Fallon’s interview was immediately torn apart by fans and media outlets, and the late-night host never responded to concerns that he was normalizing and trivializing the threat of Trump.

“I didn’t do it to humanize him,” Fallon told the Times. “I almost did it to minimize him. I didn’t think that would be a compliment: ‘He did the thing that we all wanted to do.’” Read more…