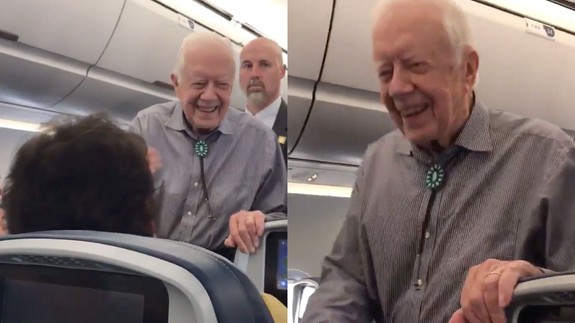 Former President Jimmy Carter was spotted on a flight from Washington to Atlanta on June 8.

A video of Carter wearing a bolo tie and shaking every single passenger’s hand was uploaded to Twitter by user James Parker Sheffield.

This is a regular occurrence for for Carter, who recently did the same thing on a commercial flight to Washington for Donald Trump’s inauguration in January.

Jimmy Carter is on his way to DC for inauguration. A tipster just sent a pic of his flight from ATL. Says he shook hands w/ everyone#gapol pic.twitter.com/sweVu4Upgy