Jennifer Lawrence tears her heart out for you in the poster for ‘Mother!’ 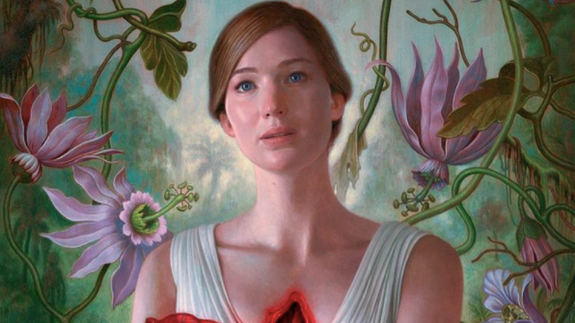 Ah, Mother’s Day. It’s a time when our feeds are clogged with people pouring their hearts out for their loved ones, but director Darren Aronofsky couldn’t resist a grotesque tie-in for his upcoming film Mother!

The first cinematic poster for the film, posted on Twitter by Aronofsky on Sunday, features a sullen-looking Jennifer Lawrence with her hands drenched in blood.

Lawrence also happens to be holding her heart in her hands, seemingly freshly taken out of a gap in her chest. We know Mother! is meant to be a psychological horror film, but just, wow. Read more…