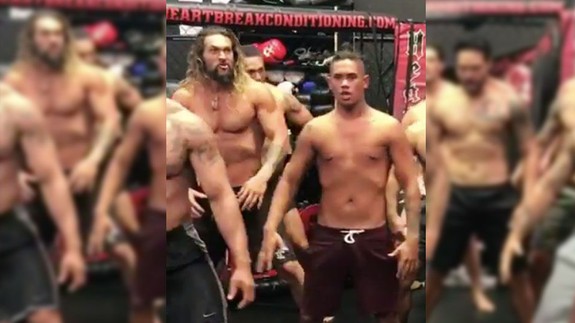 New Zealand born UFC star Mark Hunt is preparing for one of the most challenging fights of his career, so his training team decided perform a haka in support of his effort, but with one very special celebrity addition: Jason Momoa.

SEE ALSO: Your first look at Jason Momoa as ‘Aquaman’

Momoa, best known for his role as Khal Drogo on Game of Thrones and his upcoming role as the lead in the film Aquaman, can be clearly seen in the middle of the haka, supporting Hunt with the same moves as the rest of the group.