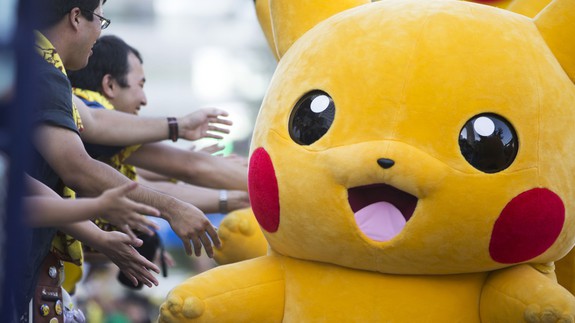 If you aren’t on the Pokémon train yet, now you can literally jump on one.

Japan’s JR East railway company has designed a Pikachu-themed train, in collaboration with The Pokémon Company.

SEE ALSO: This watchmaker thinks this $200,000 Pokemon watch is the ’emblem of millennials’

The new train is the latest in the Pokémon with You disaster relief project, that was launched to cheer up children hit by the 2011 Tōhoku earthquake. That effort launched an earlier Pokémon train in 2012, but this one is all about the series’ main star.