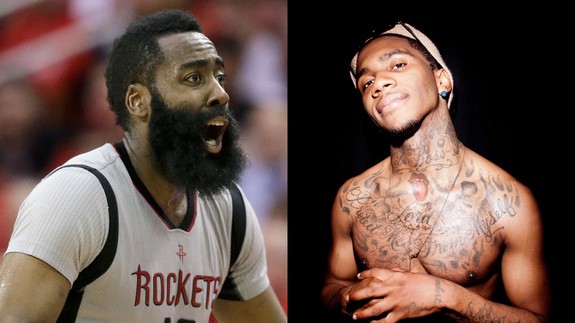 Thursday night was a rough one for NBA MVP candidate James Harden, who performed horribly in a playoff elimination loss then got doubly eviscerated on social media for hitting the nightclub scene later that evening.

Just how bad was it? So bad that Lil B, the Bay Area rapper slash internet icon, took pity on Harden by offering to lift his infamous curse on the NBA star.

We broke down the so-called “Based God’s curse” in-depth two years ago, but it boils down to this: When Harden started doing a “cooking dance” after good plays, Lil B took offense because he’d already popularized that dance and felt Harden was not giving proper credit.  Read more…