Ivanka Trump is shocked by political ‘viciousness’ and everyone else wonders: Have you met your dad? 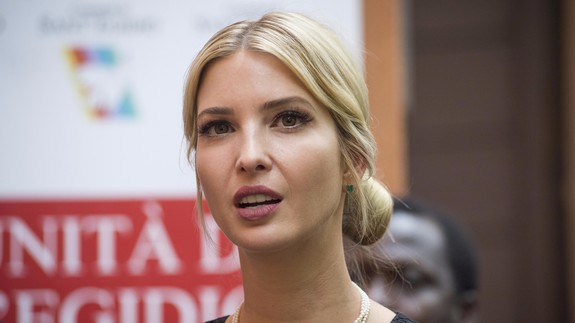 Ivanka Trump is a smart person. When she’s not maintaining a stony silence about her father’s most controversial policy proposals, she speaks persuasively, if vaguely, about important issues, like job training and infrastructure.

SEE ALSO: Ivanka Trump is not your friend and she’s not coming to save you

That’s exactly what she did in a 13-minute interview with Fox & Friends on Monday morning. And it would’ve been a home run had she not called out the unexpected “viciousness” of American politics.

Dear Ivanka: Your father’s Muslim Ban is pretty damn vicious. As is Eric Trump saying Dems are not people. So please stop your hypocrisyhttps://t.co/50ue1exdNN