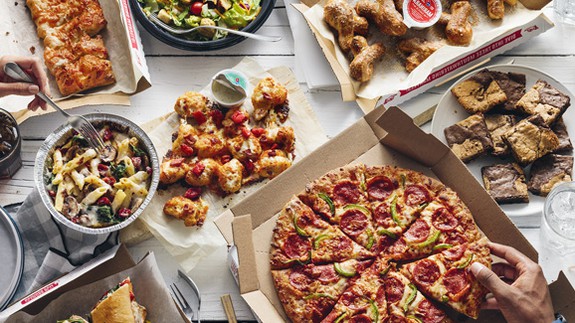 DIY is a concept we totally back, except for when it comes to one thing: Taxes.

And though the people at H&R Block enjoy it, they know that most of us would rather do literally anything else. So they said, “What could be better than doing people’s taxes for them?”

But then they realized today (Feb. 9) is National Pizza Day, and the deal of deals was born: Today only, anyone who has their taxes prepared virtually via H&R Block’s Tax Pro Go will get a free $10 Domino’s gift card — and you don’t even have to leave the house.

Sigh. H&R Block just gets us, ya know?

The debate about the battle of the best trash pizzas will forever rage on, but this deal is just another reason to give Domino’s a shot. Plus: Free pizza. Duh. Read more…