It’s Emma Stone vs. Steve Carell in the first ‘Battle of the Sexes’ trailer 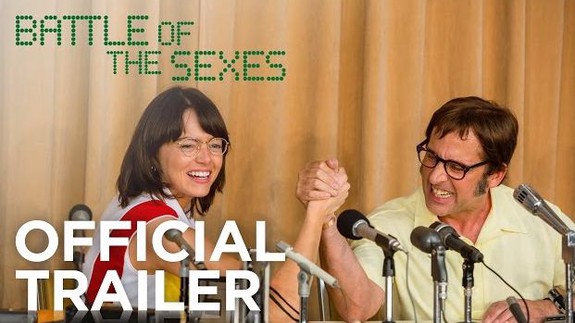 Steve Carell is putting the “show” back in “chauvinism.” Or so he says in the first trailer for Battle of the Sexes, in which he plays tennis player Bobby Riggs.

SEE ALSO: Emma Stone discusses how she treats her anxiety in a candid video series

Directed by Jonathan Dayton and Valerie Faris (Little Miss Sunshine), Battle of the Sexes centers on the famed 1973 match between Riggs and King. Riggs had publicly mocked female players as inferior, and King agreed to the match to prove him wrong.

We won’t tell you how it ended (though it’s easy enough to Google it if you’re curious), but as we all know, the outcome answered once and for all the question of whether women could be good at sports, and no one ever bothered asking it again. Read more…

More about Movies, Steve Carell, Emma Stone, Battle Of The Sexes, and Entertainment