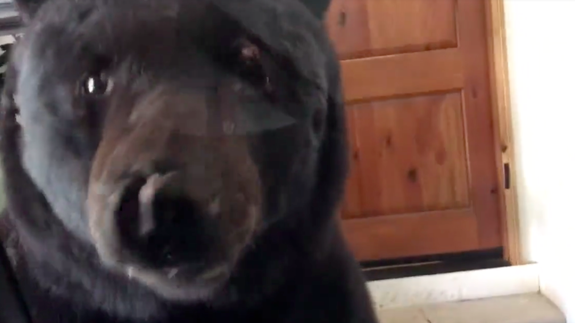 A Colorado woman was briefly trapped inside her vehicle after a bear snuck into her garage, following her as she pulled her vehicle inside.

“Ahhh!” Denielle Backstrom can be heard yelling before beeping her car horn. “Freakin’ bear, get out of my garage.”

According to The Gazette, the bear made its way inside the garage when Backstrom opened it after returning home.

Despite laying on her car horn, and even some movement from her car, the bear was completely unfazed by the woman and her attempts to scare it. When bears aren’t afraid of humans, things get scary.  Read more…