Inside the haunting, too-surreal-for-words premiere of ‘Twin Peaks’ 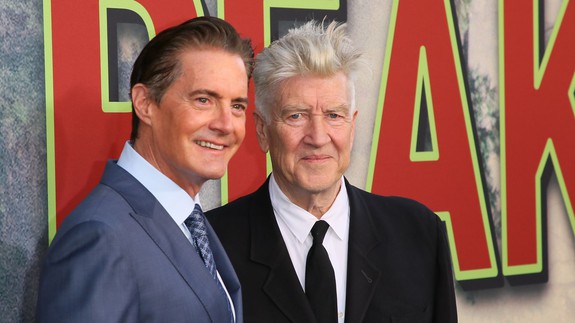 It is happening again.

A tiny snippet of dialogue from a long-ago Twin Peaks episode has become the tagline for Showtime’s series revival from David Lynch, which world premiered Friday night at the Ace Hotel in downtown Los Angeles.

I can’t say much, if anything, about the two episodes that 1,600 members of the crew, friends of the network and working press saw in the surrealistic setting of the Ace’s crimson-drenched Dali painting of a movie theater. Everyone inside is under strict orders to reveal nothing ahead of its Sunday night premiere on Showtime. Read more…