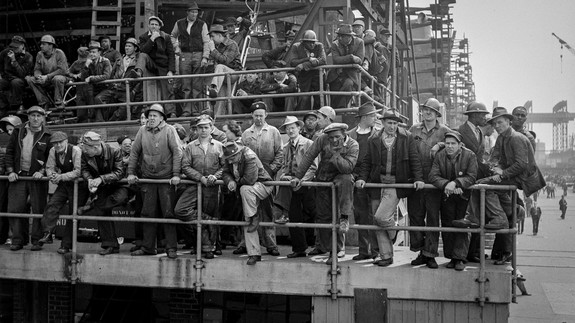 In 1941, the United States Maritime Commission ordered the establishment of emergency shipyards to build cargo ships for the U.S. and Britain that could be assembled as cheaply and rapidly as possible to replace losses from German torpedoes.

The Bethlehem-Fairfield Shipyard on Baltimore Harbor was established in February and quickly set 27,000 employees to work building these new “Liberty ships.”

Each Liberty ship was designed to carry over 10,000 tons of cargo, but often carried far more to meet wartime needs.

The construction process was streamlined to the point where in some cases an entire vessel could be welded together and ready to launch in less than a month. Read more…