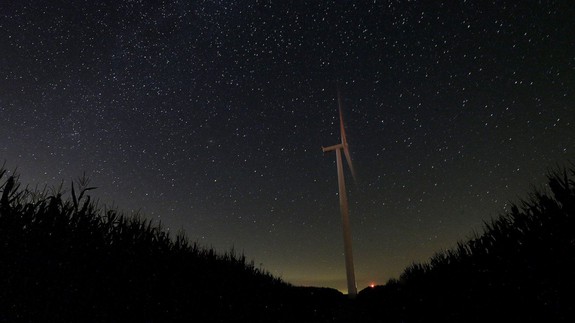 Speaking in one of the top wind-producing states in the country, President Trump on Wednesday attacked wind energy for harming birds and being unreliable.

“I don’t want to just hope the wind blows to light up your homes and your factories,” Trump said at a rally in Cedar Rapids. After pausing for applause, he said, “As the birds fall to the ground.” This alluded to a favorite attack he has aimed at the rapidly growing wind power industry since his campaign, which is that turbines are responsible for harming birds.

The wind energy criticism was odd given that Iowa has policies aimed at encouraging the development of wind power in the state. While Texas generated more wind energy than any other state in 2016, according to the Energy Information Agency, Iowa’s wind and solar output had the highest share of the state’s total electricity generation.  Read more…