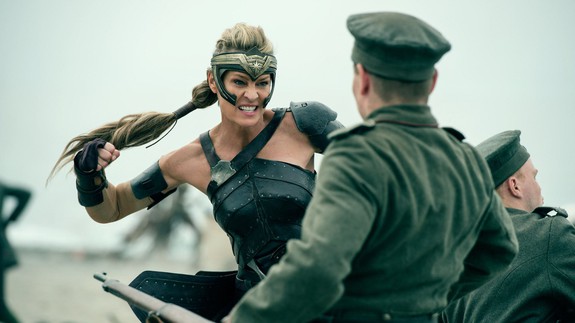 Diana may be the idealistic princess of Themyscira, and Hippolyta its proud queen. When it comes to rough, tough, punch-Nazis-in-the-fucking-face badassery, though, Antiope rules them all.

Played by Robin Wright, the Amazonian general is a force to be reckoned with. Her commanding presence make her a natural leader, while her battle scars suggest she’s been through some stuff and come out the other side stronger than ever.

SEE ALSO: Now that ‘Wonder Woman’ is a hit, where do female superhero movies go next?

She’s hands-down the fiercest warrior on the entire island – even Hippolyta acknowledges as much – until she trains Diana herself to be even better. In other words, Diana’s fearless prowess on the battlefield in acts two and three?  Read more…