In loving memory of Joe Keery’s hair, gone but not forgotten 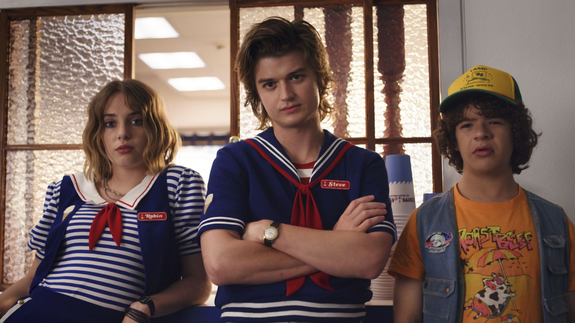 The Stranger Things star appeared at a dinner hosted by Chanel with the remains of his once-glorious hair hacked away. What was left can only be described as a Will Byers-esque bowl cut complete with choppy FRINGE BANGS. His hair, known for its voluminous waves, also appears straightened.

Let’s just take a moment of silence to remember a legend.

What prompted Keery to get rid of his signature mullet, the one characteristic that single-handedly carved him a spot in America’s collective heart? The man once gave a detailed interview to GQ, describing the very process that breathed life into his hair, and told the reporter, “Do I get recognized? I guess it depends on if I’m wearing a hat or notThe hairdo is a dead giveaway. There’s nothing I can do. It’s just the way my hair grows.” Read more…