In a series first, ‘Madden NFL 18’ gets a story mode 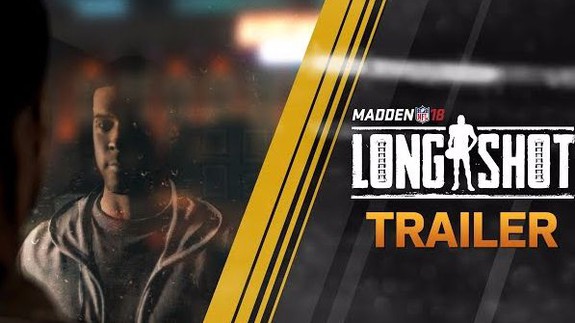 Electronic Arts kicked off its we’re-not-actually-at-E3-anymore press conference with a look at something new for the Madden series: a story mode.

In “Long Shot,” you claw your way to NFL stardom as — apparently — a member of the Miami Dolphins. That’s actually the most amusing part of this trailer: digital Dan Marino!

This cinematic peek at Madden‘s new story mode doesn’t feature any gameplay — you probably know what it looks like by now, right? — but it’s the next logical step for EA Sports to take. Last year, FIFA 17 introduced a story mode to that series for the first time. Now, it’s Madden‘s turn.  Read more…