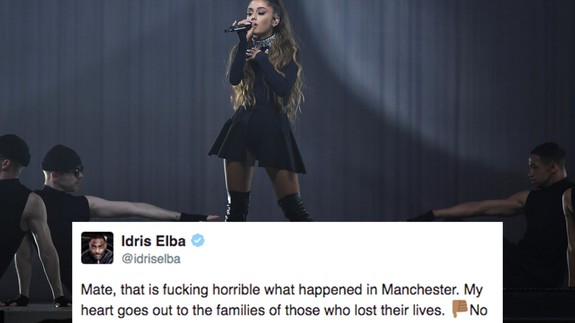 British artists, actors and musicians are reacting with shock and sadness at the Manchester Arena suicide attack that killed 22 people — including some children — and injured 59 at the end of a concert by Ariana Grande.

Liam Gallagher, the Manchester-based former singer of the Oasis, led the tributes on Twitter:

He was followed by Take That vocalist and X-factor judge Gary Barlow:  Read more…