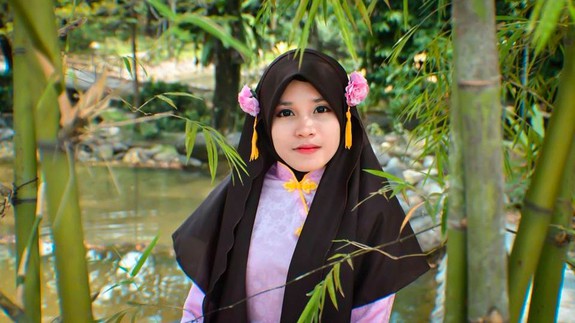 A growing community of Muslim cosplayers are sharing ingenious ways of integrating their hijabs into fantasy outfits.

With a touch of creativity, they’ve used the religious head covering to double up as a wig, or even to sass up their outfit.

Kira, a 23-year-old cosplayer from Malaysia, says she first thought of the idea to cosplay using her hijab after she saw another Muslim cosplayer doing it.

Today, Kira, who cosplays under the name Saakira Cosplayer, has cosplayed as virtually everything from the Powerpuff Girls to characters from Sailormoon. Read more…