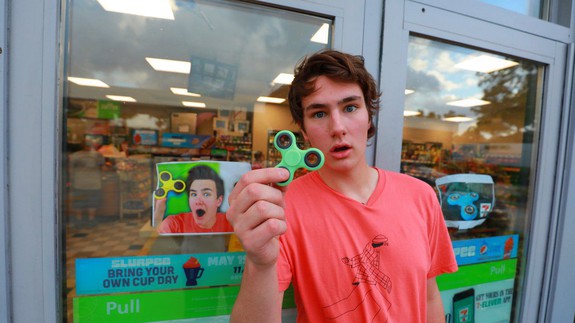 Fidget Spinners are everywhere now. They’ve even made it to 7-Eleven stores nationwide.

Some of the convenience markets are using an unlikely marketing tactic: a thumbnail from a YouTube video. YouTube channel Techsmartt made a video called the $3 Fidget Spinner back in March, and the trend has since completely exploded.

Recently, the channel’s fans started tweeting at them saying that the thumbnail of the video (a pic of Techsmartt’s Keaton Keller), was being used as an ad for fidget spinners at 7-Elevens in Miami. Read more…