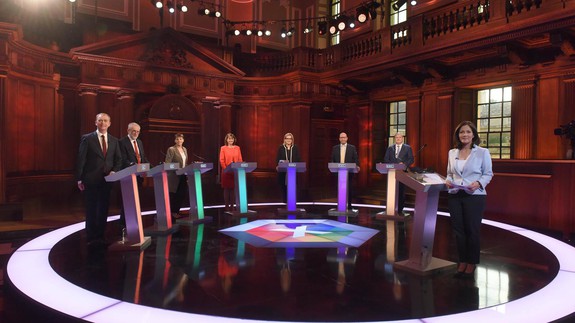 UK Prime Minister Theresa May was called out by House of Cards on Twitter after she didn’t appear at a general election debate Wednesday.

Here’s the tweet, which hit a little more than a week before the June 8 election.

@theresa_may They respect you more when you show strength. Or show uppic.twitter.com/mNXXDKL0xd

The Netflix show may be about American politics, but everything is politics these days. (To be fair, it was based on a British mini-series.) The tweet to May called her out with a GIF from the show and quick caption, “They respect you more when you show strength. Or show up.” Read more…