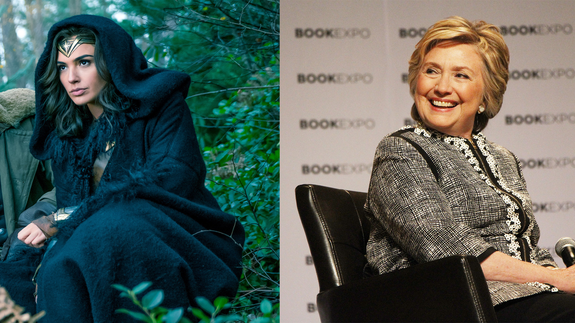 In what world is Hillary Clinton not a Wonder Woman fan? Of course she is! She hasn’t even seen the movie yet, but she’s as excited it for it as anyone else.

At the Women In Film’s Crystal + Lucy Awards on Tuesday, Clinton cited the obvious kinship she feels with Diana and praised director Patty Jenkins.

SEE ALSO: 6 non-superhero female characters who are still as kickass as Wonder Woman

“No I haven’t seen Wonder Woman yet, but I’m going to, in part because it’s directed by the fabulous Patty Jenkins,” Clinton said in a video that aired at the awards ceremony. “But something tells me that a movie about a strong, powerful woman fighting to save the world from a massive international disaster is right up my alley.” Read more…