High school lets kids dress up for student ID pics, and the results are stunning 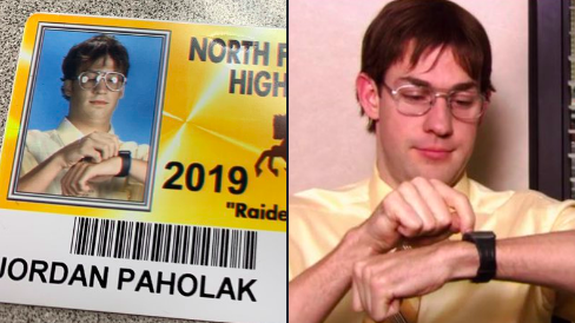 Student ID photos might not seem like a very important part of the high school experience, but for seniors at North Farmington High School in Michigan, they’re everything.

The school has an annual tradition of allowing students to dress up to have their student ID photos taken — not in formal attire like you might think, but in creative costumes.

Many students take the student ID photo shoot as an opportunity to honor some of their favorite pop culture characters, memes, and more.

Jordan Paholak, for instance, assumed the role of Jim Halpert dressed as Dwight K. Schrute on The Office. Identity theft is not a joke, North Farmington High! Read more…