Here’s what the new Apple Watch Series 5 looks like 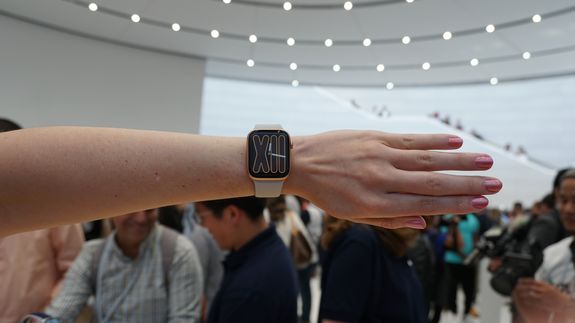 The next version of the Apple Watch is here and … it’s pretty much the same as last year’s Series 4.

As expected, it’s a relatively boring year for the Apple Watch save for one major change: an always-on display. While Android smartwatches have had displays that dim but don’t sleep, one of the defining features of the Apple Watch has been that its display sleeps when not in use.

That is no longer the case. With the Series 5, Apple is introducing new watch faces that still display the time and some other data at all times. If you’re used to having your watch face go completely black when not in use, the change might take some getting used to, but I’m already a big fan of the change. It’s always seemed silly to me to have a watch that required you to physically lift your wrist in order to see the time. Read more…