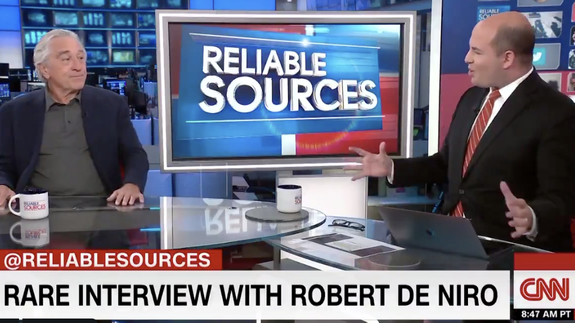 We can always count on Robert De Niro to drop some F-bombs on live television.

The actor appeared on CNN’s Reliable Sources Sunday morning to discuss backlash he’s received from Fox News for speaking out against Donald Trump. (In particular, the network took issue with his iconic “Fuck Trump” moment at the 2018 Tonys.)

De Niro did not seem particularly affected by the criticism. “Fuck ’em,” he said, referring to Fox News. “Fuck ’em.”

—@BrianStelter asks Robert De Niro about criticism he gets from Fox for speaking out against Trump.

Stelter reminds him, “This is cable, so it’s not an FCC violation, but it is still a Sunday morning.” pic.twitter.com/9IOo1VvXCM