Harry Styles is all One Direction jokes in his ‘SNL’ monologue 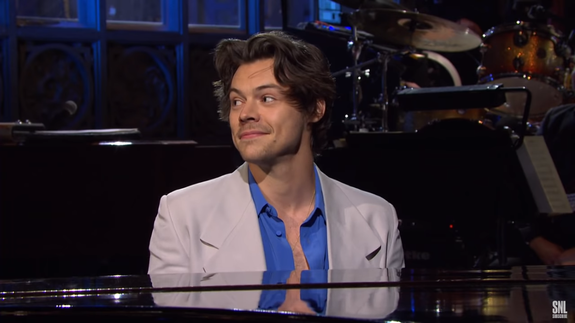 Harry Styles isn’t in a boy band anymore, you know. He’s in a man band now.

Styles hosted Saturday Night Live for the first time in the latest episode, and he used his inaugural opening monologue to talk up his One Direction roots and tease a reunion that never happens. At one point, he suggests Simon Cowell grew them all in test tubes.

The first-time SNL host also gently roasted former One Direction bandmate Zayn Malik, who left the group a year before they went on hiatus in 2016. Styles rattles off the names of his other former One Direction pals before pausing and capping it off with “Ringo.” Read more…