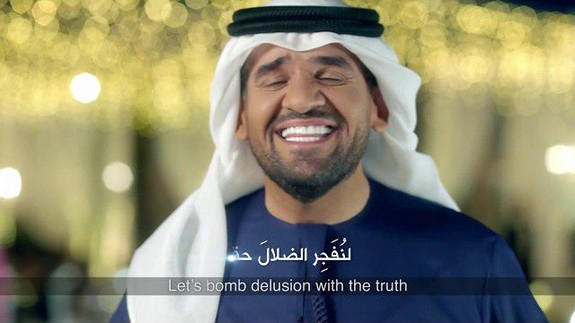 A terrorist strapped with a suicide vest confronts his would-be victims in a back-and-forth musical chorus that ultimately defuses his violent plans.

That’s the weighty premise of a viral Ramadan ad that’s sparked a wide-ranging social media discussion on terrorism this week.

The three-minute video, a commercial for Kuwait-based telecom Zain, has racked up more than 3 million views on YouTube in the past few days.

It opens on a man hunched over a set of homemade explosives at a workbench as a disembodied child’s voice implores him to rethink his mission.

“I will tell God everything,” the young girl in the voiceover says. “You’ve filled the cemeteries with our children and emptied our school desks.” Read more…