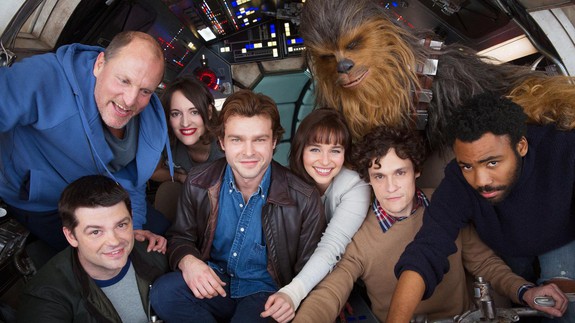 You can’t shoot a Star Wars movie these days without paparazzi sneaking on to the set.

Don’t worry, spoilerphobes: there’s almost nothing in these snaps that will ruin your enjoyment of the film when it releases a year from now (on May 25, 2018). Okay, young Han (Alden Ehrenreich) does appear to have acquired a few bruises in makeup, but would you expect anything less from a smuggler scoundrel?  Read more…