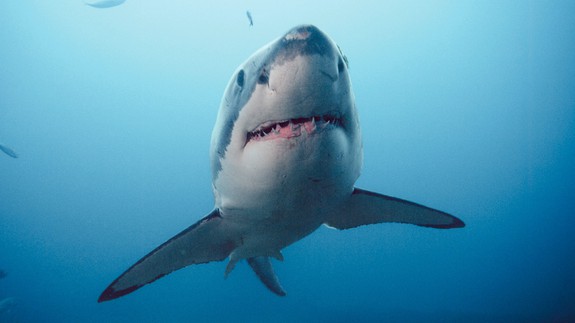 Terry Selwood was hoping to catch some snapper off the coast of Evans Head in Australia when a great white shark leapt out of the sea and into his boat.

“I caught a blur of something coming over the boat … and the pectoral fin of the shark hit me on the forearm and knocked me down on the ground to my hands and knees,” the 73-year-old told the Australia Broadcasting Association.

After the shark jumped aboard, the fisherman called the local marine rescue unit, who picked him up. They later went back for the boat, where they found the deceased shark.  Read more…