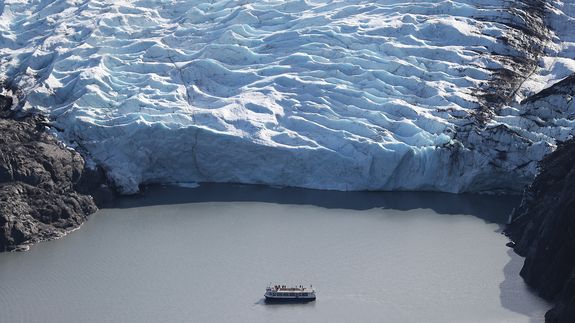 Enjoy these views of Alaska’s Wolverine Glacier while you can. Soon enough, they’ll be relegated to a distant memory.

As Earth’s climate shifts under the strain caused by human civilization, scientists have turned to one of the world’s oldest natural wonders for answers: glaciers. Since 1966, researchers have been measuring how the mass of these dense pockets of ice and snow changes over time.

The Wolverine Glacier is one of several examples in Alaska that has been monitored for decades. According to a U.S. Geological Survey study published in 2016 – 50 years after measurements were first taken – the stats aren’t great. Read more…