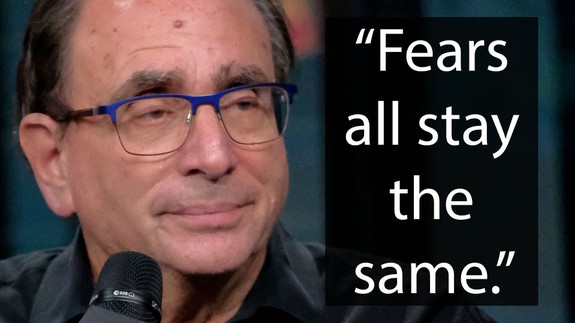 If you want to know about the stuff that really scares people, you could do a lot worse than asking R.L. Stine.

The Goosebumps author has been terrifying kids for decades. The first book in his series, Welcome to Dead House, was released in 1992. Over a quarter of a century later, the stories are still going strong.

SEE ALSO: How terrifying is ‘Bird Box’? Two scaredy-cats decide to find out

Stine recently signed on to do six more books, the second Goosebumps movie is about to come out on DVD, and the series has sold a staggering 400 million+ copies.

“It’s hard to believe, isn’t it?” Stine tells Mashable over the phone. “I don’t really understand it. We just keep going and I get to scare new generations.” Read more…