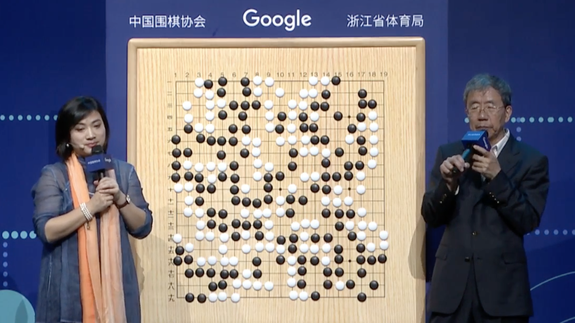 Google’s AlphaGo is slowly but surely becoming the best Go player in the world, with one key difference: Unlike other top players, it’s not human. It’s an artificial intelligence.

Kicking off The Future of Go Summit event, held from May 23-27 in Wuzhen, China, AlphaGo beat Ke Jie, world champion and number one ranked Go player.

SEE ALSO: Is the AlphaGo AI the best in the world? We’re about to find out.

It was a narrow win, by just half a point, and Ke Jie will have a chance to redeem himself in the next two games, which will be played on May 25 and 27. But the stage is set: AlphaGo, which won 4 games to 1 against legendary Go player Lee Sedol in 2016, has not only earned its right to sit at the table with the greatest; it is the player to beat.  Read more…