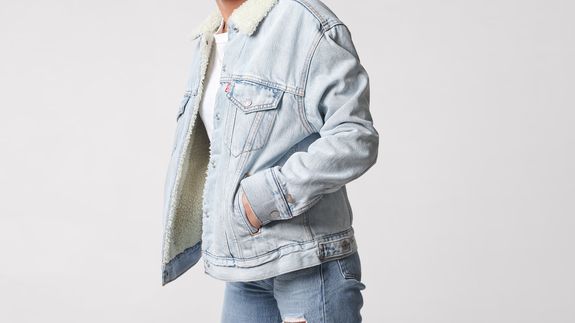 Google and Levi’s are once again teaming up to launch a line of tech-infused denim jackets.

The new Levi’s Trucker Jacket is infused with Google’s Jacquard technology. It’s pretty much the same concept we saw in 2017, but with some notable upgrades. The underlying tech behind the jacket still relies on a Bluetooth-enabled “tag” that clips into the jacket’s left cuff, which acts as a touchpad so you can control your music and a handful of other apps by swiping on it.

But the tag itself is now much smaller than the previous version, and there’s very little to make the “smart” part of the jacket look different than the rest of it. That said, you can definitely feel that there’s more inside the sleeve cuff than meets the eye (the tag will trigger vibrations for some kinds of notifications), but it’s still fully washable just like the previous jacket.  Read more…