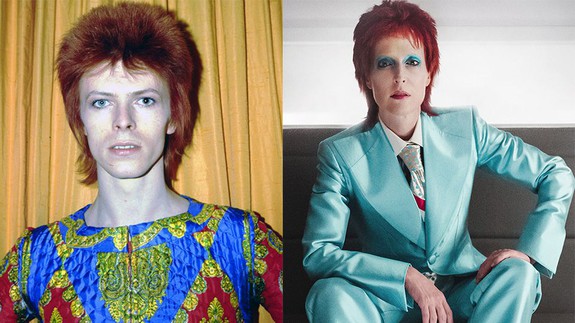 Gillian Anderson is one of the most charismatic, magnetic, talented actresses around so it feels just right that she would impersonate David Bowie.

SEE ALSO: ‘American Gods’ is blessed with a Season 2 renewal after two episodes

Anderson stars as the New Media God on American Gods, a powerful entity which “assumes whatever form will deliver her message most effectively and is often personified by iconic celebrities,” according to Starz.

In the 28 May episode, the X-Files actress plays the late rock legend in the Ziggy Stardust-era persona. And the results are astonishing:

Compare it with this Bowie pic:  Read more…