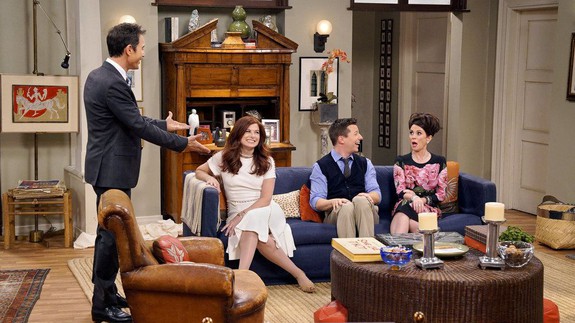 It’s upfronts week in the TV world — that magical time of year when the broadcast networks announce the new shows they’ve picked up and give us a first look at the trailers for their fall dramas and comedies.

First up is NBC, which is debuting two new dramas and one new(ish) comedy for fall, with nine more that will premiere later in the 2017-2018 schedule.

Check out the first trailers for the Will & Grace revival; the latest installment in Law & Order‘s new anthology series, True Crime: The Menendez Murders; and political thriller The Brave — trailers for the other shows will be available at a later date. Read more…

More about Nbc, Law And Order, Will And Grace, Law Order True Crime The Menendez Murders, and The Brave