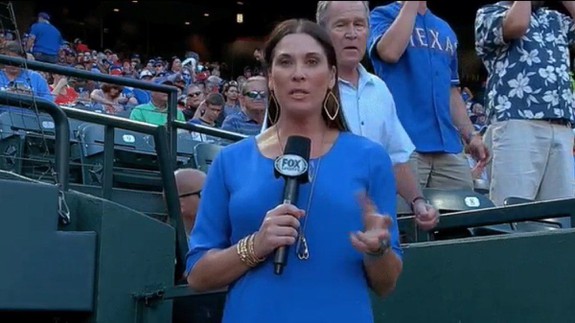 Time for some wistful nostalgia for some other terrible, but not nearly as terrible times.

Former president George W. Bush attended a Texas Rangers baseball game Wednesday evening, and happened to be heading to his seat with drink in hand right when sideline reporter Emily Jones was live on TV.

So Bush did what any normal person would do — seize the opportunity to be on TV and make a funny face.

You know the current presidency is in poor shape when you see a former president that was widely ridiculed and you go, “Awww!” Read more…