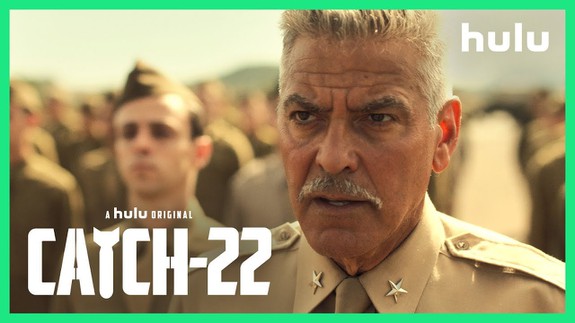 That book you lied about reading in high school is finally coming to Hulu, and it’s all thanks to director and executive producer George Clooney.

Based on Joseph Heller’s novel of the same name, Catch-22 is a six-part limited series capturing the “adventures and misadventures” of a U.S. air squadron during World War II. The famously biting satire of military life follows protagonist Yossarian, a skilled B-25 bombardier played in the series by Girls alum Christopher Abbott, as he struggles to avoid completing his more dangerous missions.

Clooney will play unit commander Lieutenant Scheisskopf, who (among other things) says the line, “You’re saying his balls have been blown off?” Other notable cast members include Hugh Laurie, Kyle Chandler, and Tessa Ferrer.  Read more…