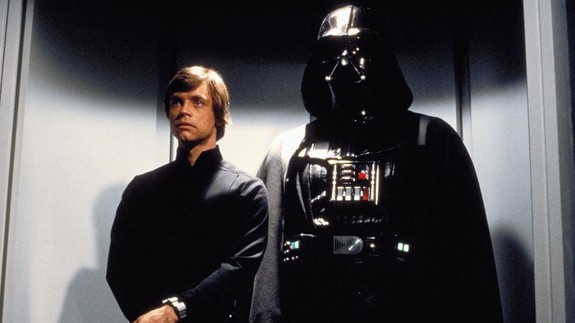 If you follow actor Mark Hamill’s entertainingly quirky Twitter feed — and really, if you clicked on this story, you probably are — you may have seen him tweeting Tuesday about an unusual game of online Yahtzee involving Darth Vader.

The game Hamill was playing (at cardgames.io) appeared to have randomly matched the Luke Skywalker actor with someone using the Vader icon as their avatar, with the username reading simply as “Dad.”

In other words, for the first time since they clashed for their second and last lightsaber duel in a London studio in 1982, Skywalker Jr. was facing off with Skywalker Sr. “#StillDuellingDadVader,” Hamill wrote.  Read more…