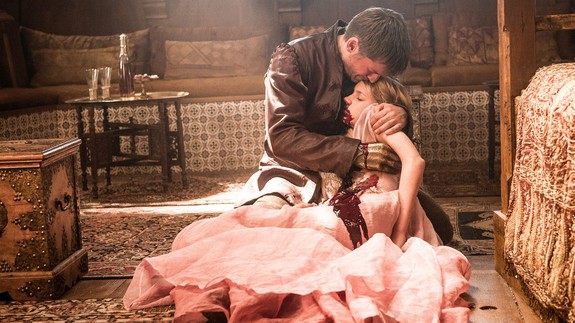 Game of Thrones is not a show where characters go for a peaceful death.

Even Myrcella Baratheon — innocent teen Myrcella, whose worst offense was to have an actual crush on a prince — died by poison, but her suffering was minimal compared to many other characters. Originally, however, the show planned a much more gruesome end.

“Originally what happened is they gave me those mashed up bananas with like blood, fake blood,” actress Nell Tiger Free told MCM Buzz. “And my brains were supposed to be all over the ship.”

SEE ALSO: Rachel Weisz had a close call while riding a horse trained for ‘Game of Thrones’ Read more…