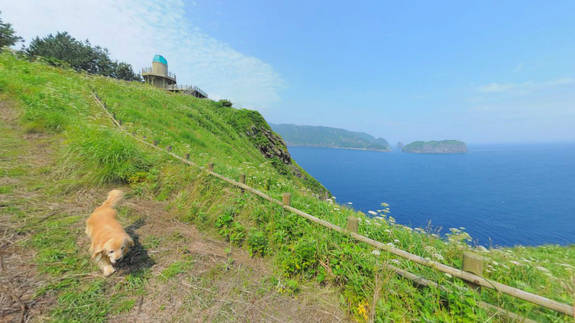 It’s not easy carrying a street view camera backpack around, but we imagine it’s much better with a fluffy doggo following you the whole time.

In these pictures of a Jukdo, a small idyllic island in South Korea, you can see the friendly dog is in nearly all of the pictures.

SEE ALSO: The South Korean president’s rescue pets are so popular they have their own fan art

The pictures, on Korean maps provider Daum, were captured in July 2010 on foot.

If the pictures look empty, it’s probably because it has few residents. A 2004 census noted that only a family of three was living there. Read more…