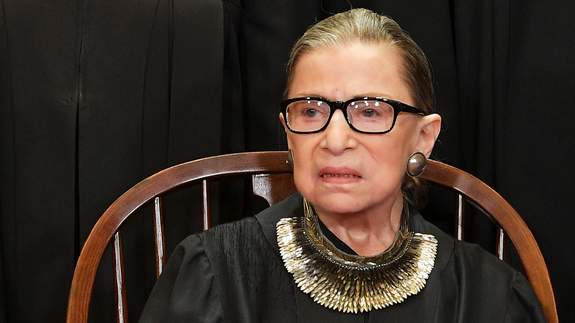 PSA: Ruth Bader Ginsburg is alive and well, thank you very much.

The Fox & Friends co-hosts apologized after a graphic aired on the show appeared to announce her death. Before Ainsley Earhardt’s interview with a college professor about diverse viewpoints on Monday, the segment showed a photo of Ginsburg with “1933-2019” accompanying it.

SEE ALSO: Ruth Bader Ginsburg had surgery and now people are offering her their lungs

“A technical error in the control room triggered a graphic of Ruth Bader Ginsburg with a date on it,” co-host Steve Doocy said in a later segment. “We don’t want to make it seem like anything other than that was a mistake, that was an accident. We believe she is still at home recovering from surgery. Big mistake in the control room.”  Read more…