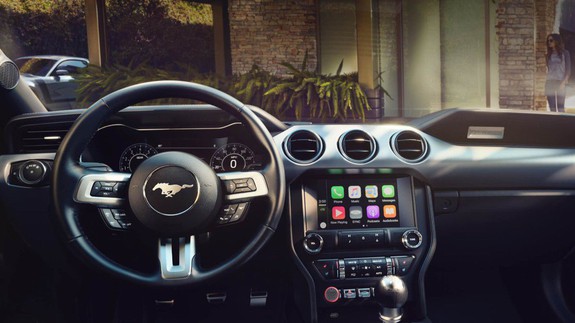 Some of Ford’s SYNC 3-enabled cars are finally getting an update to match the rest of the connected car ecosystem.

The automaker’s 2016 model-year line will be eligible for an infotainment center software upgrade that will add Apple CarPlay and Android Auto, giving drivers a better connection with their phones while they’re on the road. Ford announced the update in a release touting the new compatibilities, which will be available to an estimated 800,000 vehicles.

While the new integrations will undoubtedly be welcomed by 2016 Ford owners, they’re not the real news here.

The more notable detail is in the way the rollout of SYNC 3 version 2.2 will be handled. For the first time ever, Ford will offer a SYNC upgrade via Wi-Fi in the form of an over-the-air (OTA) software update.  Read more…