First museum of U.S. writing puts a high-tech spin on all your favorite work 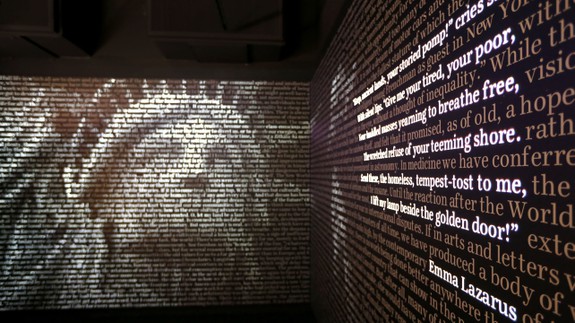 CHICAGO — The American Writers Museum, which opened its doors to the public Tuesday here in the Windy City, doesn’t look like much from the outside.

It occupies the second floor of a nondescript office building in the middle of downtown, plain old 180 N. Michigan Ave., and your biggest problem getting here is that you might walk into the Citibank downstairs by mistake.

But the first rule of literature applies here: Don’t judge a book by its cover.

Inside is a surprising little gem filled with 13 interactive exhibits that are the opposite of a stodgy old library. The curators of this, the first-ever museum devoted to American writing, have taken pains to appeal to people of all races, genders, and creeds, even if they’re not big readers.  Read more…