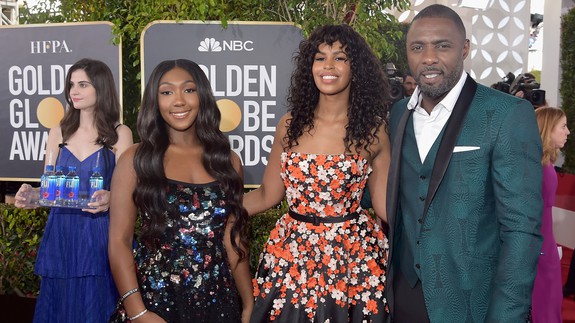 Let the lawsuits flow, like a gushing natural spring refusing to be bottled. That’s right, Fiji Water is countersuing the Fiji Water woman.

The virally famous Fiji Water woman, whose real name is Kelly Steinbach, gushed into the spotlight at the 2019 Golden Globes for her uncanny ability to photobomb celebs. But things took a turn for the weird when we learned she was suing Fiji Water. Well, it turns out the purveyor of overpriced H2O can dish it out, too.

According to the lawsuit, which BuzzFeed News dug up, Fiji Water and its parent, The Wonderful Company, argue that Steinbach “reneged on the valid agreement between herself and FIJI to serve as a Fiji Water Brand Ambassador and permit FIJI to use her likeness in its related advertising campaign, and instead, attempted to extort close to half a million dollars from FIJI because she wanted a better deal than the original $90,000 she had originally accepted in exchange for such rights.”  Read more…