‘Fierce cannibalism’ might have just killed this Apple gadget 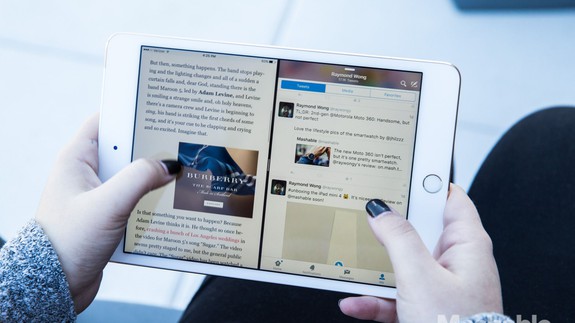 The iPad Mini is likely going out with a whimper after being gobbled up by its slightly smaller cousin, the iPhone 7 Plus.

Apple’s smallest tablet will be discontinued, according to a report from BGR, citing a source “close to Apple.”

The Mini is a casualty of the company’s move into the phablet market, as the source said “fierce cannibalism of our own products” led to the Mini being “sized out of its own category” by the iPhone 7 Plus and its 5.5-inch screen. The 7 Plus, which has been a strong seller for Apple, is just 2.2 inches smaller than the Mini with a much better camera, making it to difficult for casual users to justify buying the tablet.  Read more…