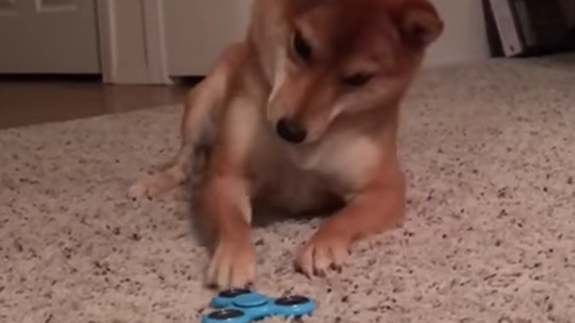 ShibeNation, a Youtube account devoted to Shiba Inu dogs in hilarious predicaments, uploaded a video they found on Twitter in which one Shibe is not impressed by its owner’s fidget spinner.

The Shibe seemed to be not a fan of the spinner while it was in motion or when it was placed on the ground as the poor pup continuously barked and growled at it.

Too bad the Shibe couldn’t use the spinner to calm itself down. Read more…