Fidget spinner for adults will cost you at least $65 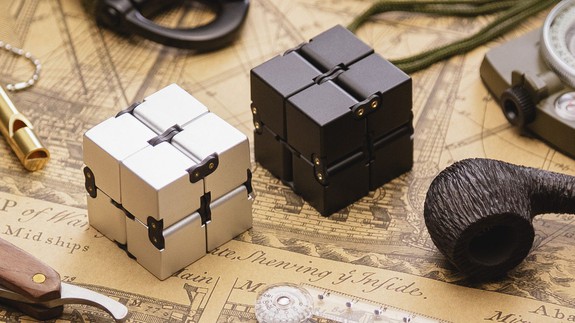 We’ve hit peak fidget spinner, with some schools even banning the gizmos. Now a design team is hoping adults will want in on the fidgeting action, but instead of spinning, they’ll be cubing.

SEE ALSO: The creator of the toy everybody’s obsessed with hasn’t seen a penny for it

The Infinity Cube is essentially another fidget toy — something to distract and occupy your restless hands and mind during calls, meetings, and presentations. But instead of a $4 toy, this design team is raising money to produce the gadgets for adults — and at adult prices.

The cube is made out of aluminum and brass pins and is apparently soothing and calming for even the most stressful office environment. It better be since it starts out at $65 a cube on their Kickstarter page. They’ve already raised nearly $30,000, which means they’ll also make a case to carry the fidget cube. Read more…