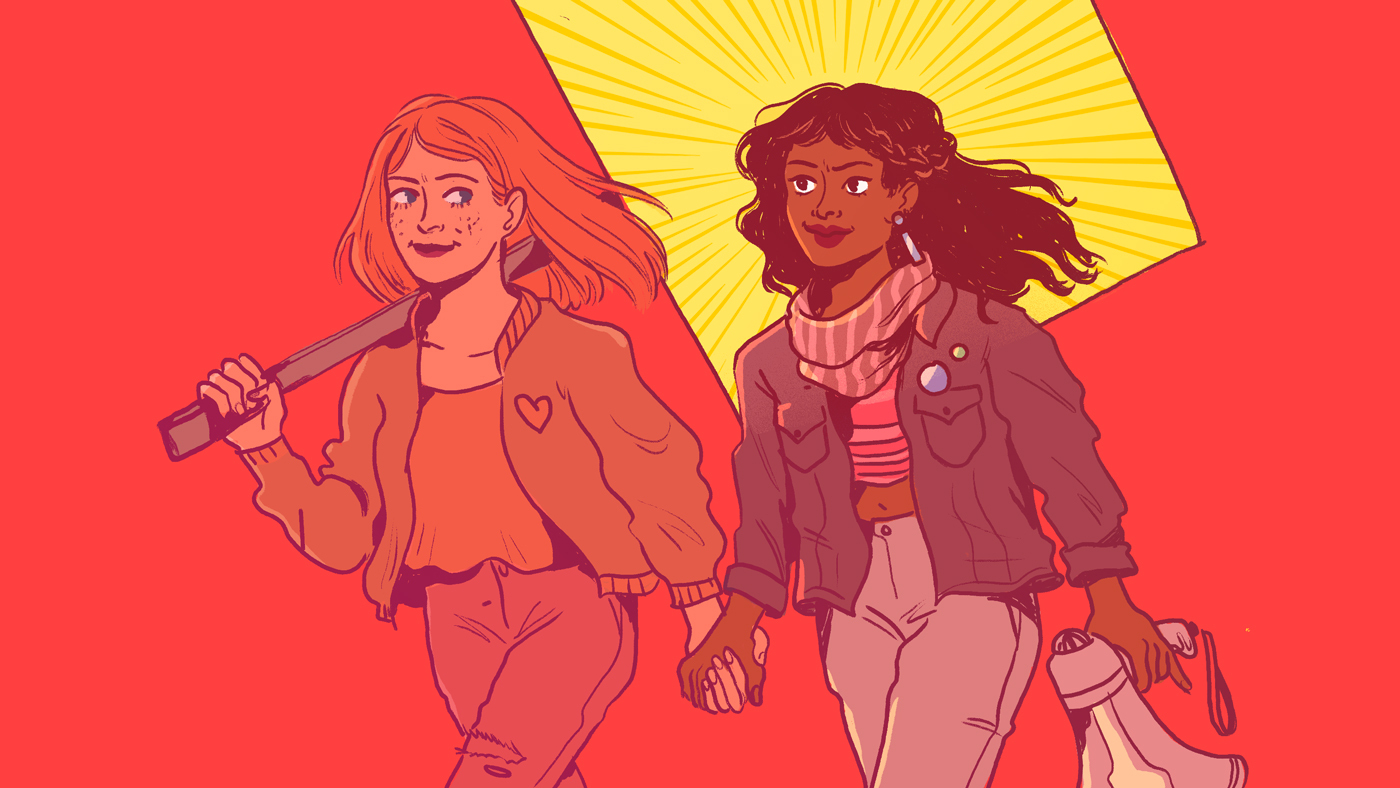 The incessant negative news and vapid takes on our social feeds can easily feel overwhelming, building on a sense of dread felt more deeply as our political leaders once again strip away our right to bodily autonomy. But, on the other side of the perhaps dull coin, social media has ushered in a new era of increasingly democratized access to political organizing and health education for those who want to join the fight for reproductive justice.

While the tenants of reproductive justice have existed among women, LGBTQ communities, and organizers of color for decades, the term itself was coined in 1994 by Black women organizers in Chicago, meeting ahead of the International Conference on Population and Development. The group named itself “Women of African Descent for Reproductive Justice” and thus began the colloquial use of a term referring to the fundamental human right of bodily autonomy and reproductive health, including, but not limited to, abortion.

In a press briefing with reproductive health advocates on May 3, Oriaku Njoku, executive director of the reproductive health organization Access Reproductive Care Southeast (ARC Southeast), reiterated the need for a broader understanding of reproductive justice in light of recent news. “The reality is the focus on the right to have an abortion is not enough. That’s why we’re doing this work grounded in the reproductive justice framework,” she said. “We have to start using an intersectional lens… providing that sort of political education and grounding for folks to understand that we do not live single issue lives.”

Activists, health providers, and community organizations are continuing to incorporate this wider understanding of reproductive health and intersectional framing — which includes access to political organizing, class and race barriers, education, and disabilities — into the larger reproductive health conversation. And social media has become an immensely helpful tool for disseminating and democratizing that knowledge alongside health information.

Below is a short list of accounts to follow to stay up to date on the work of reproductive health advocates, including those founded for reproductive justice.

Here is a simple place to begin. Planned Parenthood is, of course, one of the most well-known national organizations working to expand the right and access to reproductive health care — its (historically white) origins can be traced as far back as 1916, a foundation unfortunately tied to the racist eugenics movement. But the organization’s made recent efforts to address this history and align itself more closely with the goals of reproductive justice organizations.

Abortion Care Network, founded in 2008, is a national association connecting independent abortion and reproductive health care providers across the country in order to destigmatize abortion services and end the harassment of people seeking or providing abortion care. It services more than 100 independent clinics and dozens of ally organizations who are helping millions of pregnant people around the country. The network is active on both Instagram and Twitter, both of which are great resources to learn more about the history of independent abortion and current legislation. The network also shares information and stories from local clinics and reproductive activists around the country.

Indigenous Women Rising is a reproductive justice and health organization dedicated to promoting equitable and culturally safe health care for Native and Indigenous communities through education and advocacy. It was founded by Rachael Lorenzo in 2014 as a campaign to raise awareness about the lack of contraceptive access for Indigenous people using the federal Indian Health Service. Since then, the organization has expanded and now operates both an abortion and a midwifery fund to support pregnant community members. On its Twitter and Instagram pages, Indigenous Women Rising shares updates on its work and advocacy, health resources, and more.

Sister Song is a Southern-based reproductive rights organization focused on improving institutional access to healthcare for marginalized communities, and one of the founding organizations behind the reproductive justice framework. It was founded in 1997 by a coalition of 16 different organizations of women of color and continues to advocate for social justice organizing through an intersectional, reproductive justice framework. Online, Sister Song is a go-to voice on reproductive organizing for women of color, and shares public conversations and livestreams, advocacy opportunities, and more on both Twitter and Instagram.

URGE is a reproductive justice organization led by and for young LGBTQ people and people of color, with the goal of helping anyone seeking safe reproductive health care. It was originally founded in 1992 as ChoiceUSA, started by feminist activists like Gloria Steinem. In 2000, the organization shifted its focus to youth and LGBTQ organizing, and then rebranded as URGE in 2014 to reflect its new mission toward broader gender justice. The organization advocates for expanded sexual health education, wellness efforts, abortion access, and youth civic engagement. Its social media pages offer an array of advocacy opportunities, sexual health education, and a refreshing youthful voice to the reproductive justice cause — you can follow URGE’s work on Instagram, Twitter, and even TikTok, where they post both informational content and even the occasional meme.

We Testify is a campaign founded in 2016 by reproductive activist Renee Bracey Sherman to promote the leadership and stories of people who have received abortion care. The initiative publishes intergenerational tales from people and their family members who have received various forms of abortion and reproductive care, in order to empower and destigmatize the experience. On its social pages, We Testify shares these stories in a variety of media formats, from illustrations to documentary video, alongside advocacy information. You can also read about all of the storytellers on the We Testify website. Follow Bracey Sherman herself on Twitter for continued conversations about abortion access and reproductive healthcare.

California Latinas for Reproductive Justice is a California-based education and advocacy group fighting for reproductive care and sexual health for Latina and Latinx communities. The organization, started in 2004, provides community resources, political advocacy, and storytelling opportunities for community members of all ages and documentation status, and is growing as a national voice on reproductive health policy for Latinx, immigrant, and low-income communities. Follow the group’s Instagram or Twitter for advocacy opportunities and an intersectional look on how reproductive health is affected by economic, environmental, and cultural barriers in the United States.

UPDATE: Jun. 24, 2022, 11:19 a.m. EDT This story was updated to reflect the official opinion issued by the Supreme Court that overturns Roe v. Wade.