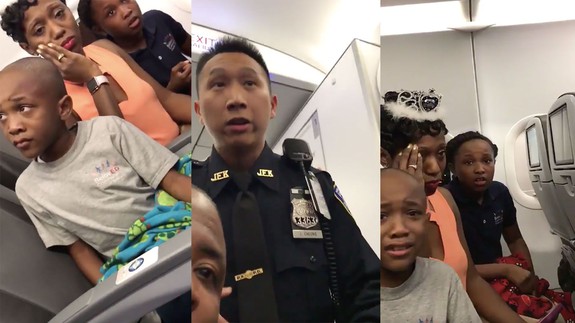 Footage of a family getting kicked off of a JetBlue flight over the placement of a birthday cake surfaced on Saturday.

Minta and Cameron Burke were heading to Las Vegas from JFK Airport in New York on Flight 611 on May 3 to celebrate Minta’s 40th birthday with their children when an incident between the family and the airline caused the entire family to be kicked off the plane, despite the NYPD admitting to the family that they did nothing wrong.

According to ABC 7, the incident started when someone in the family placed a birthday cake in the overhead bin, which is not allowed. The family says that a flight attendant told Cameron to move the cake to underneath his seat, which he did, but claims that the situation escalated when a second flight attendant got involved. Read more…

More about Newsy and Watercooler