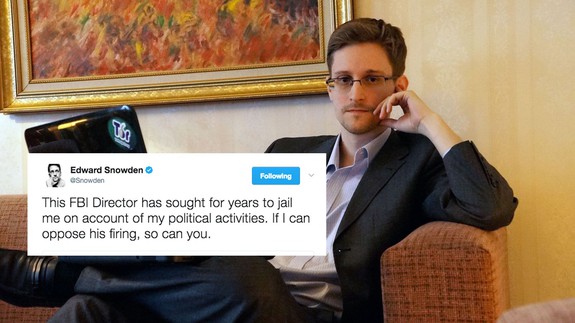 President Donald Trump fired FBI Director James Comey on Tuesday, which came as shocking news, even in the times of President Trump.

While countless people of all kinds called out Trump for suddenly firing Comey, so did one of Comey’s most notorious rivals, Edward Snowden.

Set aside politics: every American should condemn such political interference in the Bureau’s workhttps://t.co/hROwSMg1vd

“Every American should condemn such political interference in the Bureau’s work,” Snowden tweeted with a link to the news of Comey’s firing, urging Americans to “set aside politics.” Read more…