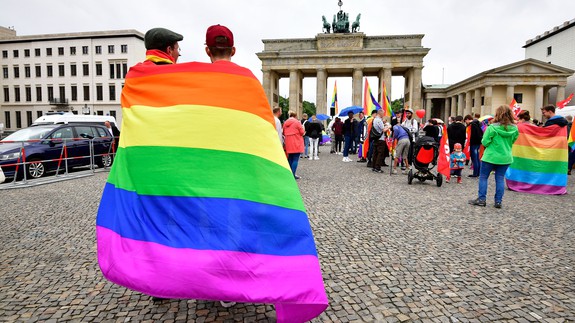 Germany has erupted in jubilant celebration as the country’s government voted in favour of same sex marriage.

SEE ALSO: The internet has fallen in love with a couple who recreated their Pride March photo

The lower house passed the bill by a margin of 393-226 and the measure is expected to be put in place by the end of the year. The reform means same sex couples now have full marital rights, including child adoption. The German legal code has been updated to say “marriage is entered into for life by two people of different or the same sex”.

In Berlin, supporters gathered outside the Chancellery to cut a cake in celebration of the vote which took place at Bundestag, Germany’s national parliament.  Read more…